A couple of days in Paris...

We spent a week in total in Paris.  We had a 4 day Disneyland/Disney Studios pass and we spent two full days in Paris city.  We travelled around the city on a hop on hop off open top bus which we really liked.  It took us past and dropped us off at all the major tourist stops which meant we didn't need to catch the metro around or walk.


This first photo is out of order but just the kids at one of the lower levels of the Eiffel Tower. 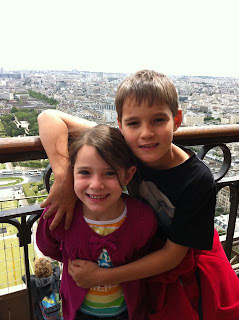 We had weather that you just couldn't pick while we were there.  This photo is dark with all those grey clouds.  The weather was like that one minute and then sunny the next. This was taken of the Seine as we crossed a bridge. 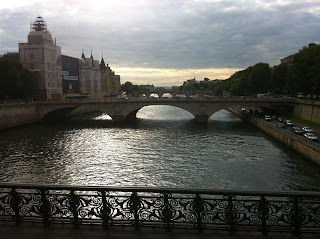 Anthony on the bus, that's Notre Dame in the background. 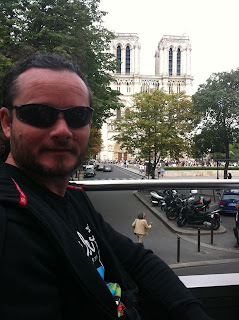 Nathan on the bus. 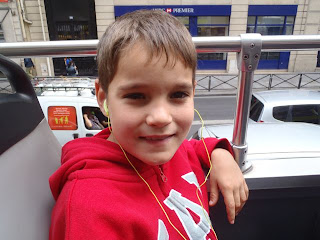 A shot from the bus of the Louvre. We didn't go inside this trip, we've been inside before and we had other things to do. 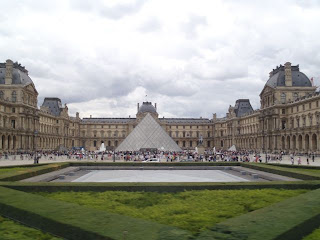 The Arc d Triumph.  This place is on the craziest roundabout you have ever seen.  On a tour once the man told us that there is a crash on this roundabout every 4 minutes!  Also no one is covered by insurance when driving around this roundabout.  There are cars just going everywhere and darting off in all directions, it is madness! 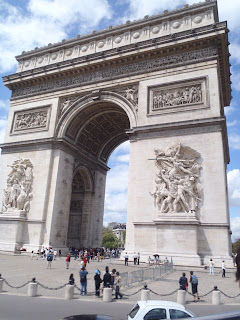 A must do on our list was the Eiffel Tower.  We lined up for a long time before we went up to the very top.  It was a bit hairy on the way up for me I have to say and I had butterflies when I stood against the edge of the rails. 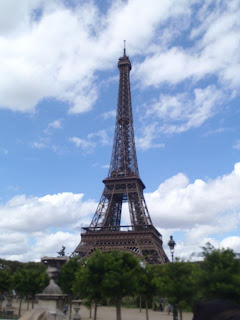 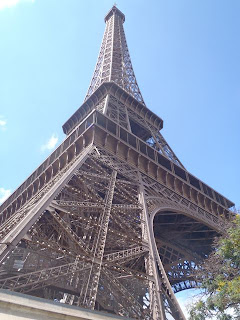 We had lunch across the road from the Eiffel Tower. 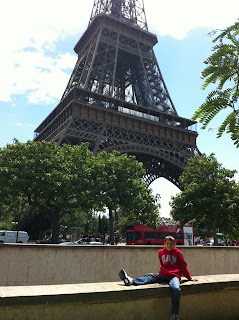 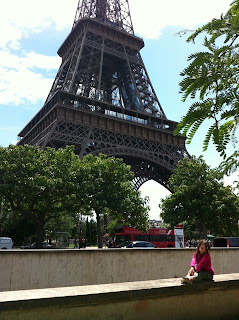 These photos were taken from the top of the Tower.  On one side it was blowing a gale and freezing cold, so any photos with crazy hair are because of that!  I did a quick lap of that side and then stayed on the non windy and cold side. 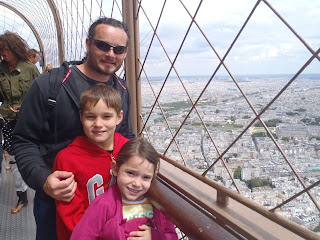 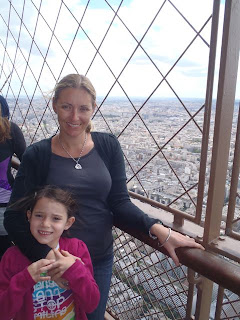 Some more self portraiture (is that even a word?). Obviously on the windy side! And this is what you could see from the top.  Amazing views and you can see so far. It was really interesting to see the city and how all the sections and roads are formed and shaped. 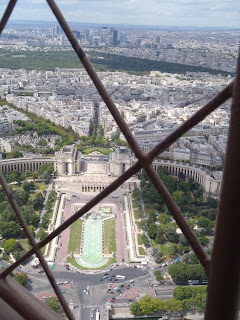 That's the Arc D Triumph in the middle there. 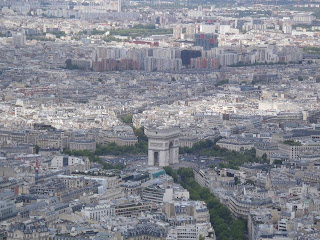 This is Anthony in the elevator on the way down and then a view of what you could see. 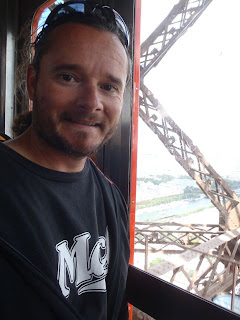 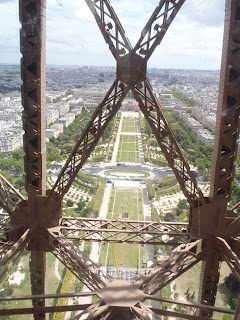 Notre Dame was a must do on our list.  It is an amazing church.  See all those people in the left of the photo?  That is the queue to get in!  We did go in anyway. The line although long did not take a long time to go through. While we were in here we lit a candle for my Auntie Ann who passed away last year and I bought another candle to light on anniversaries for my mum. We sat quietly for a bit and just took the whole place in.  It was a nice visit. 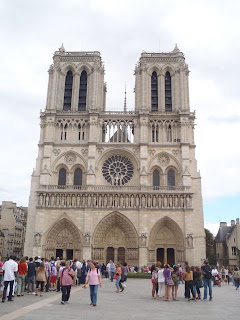 Emma and I on the bus. 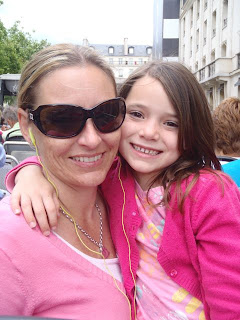 Moulin Rouge.  This place is on a really busy road so it is near impossible to get a photo without traffic.  I have to say if I had of blinked I would have missed it. 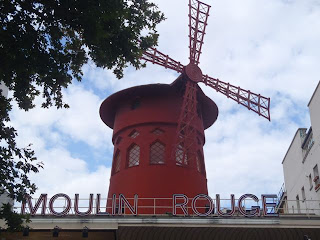 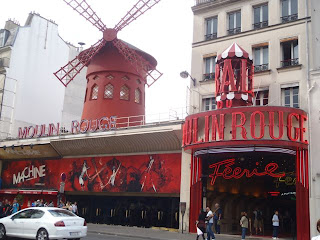 Outside Moulin Rouge there was a large concrete circle thing with mesh on top that blew out air so you could stand on it and do the whole Marilyn Monroe thing.  The kids had fun on that, it's just a shame they didn't have dresses on! 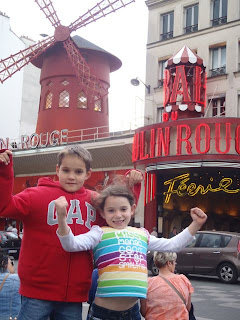 And there was a little lolly stall there so some sweet treats were in order for the rest of our trip that day. 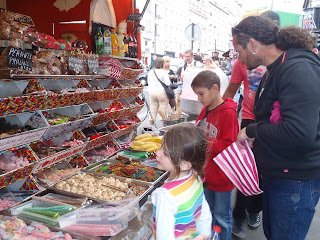 In reflection I didn't get many photos in Paris.  I don't know why I think I was just living in the moment, soaking it all up without focusing on photos.  Sometimes it's just like that.