Two of our days in Disneyland Paris Resort were spent at Disney Studios.  We had so much fun here. 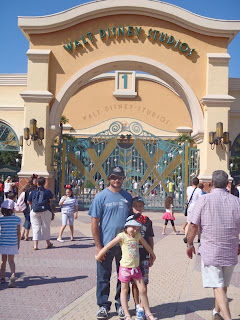 It was nice and hot on one of our days here so nice slushy icy drinks were in order. 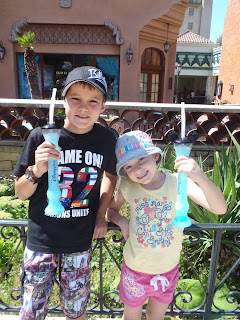 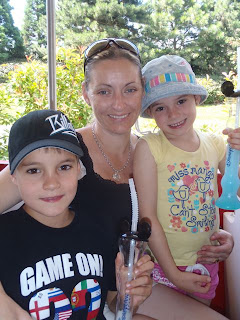 Of course it wouldn't be a Disneyland trip without meeting Mickey Mouse, we got the autograph books signed and a photo with him. 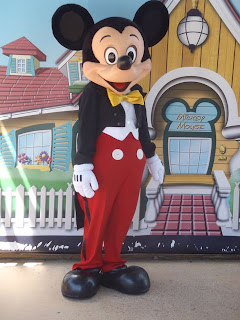 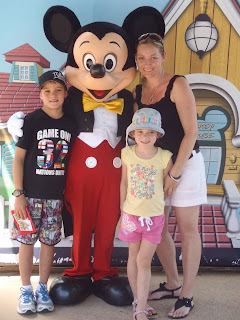 And Emma was lucky enough to find some other characters for photos and autographs while Nathan and Anthony were on rides. 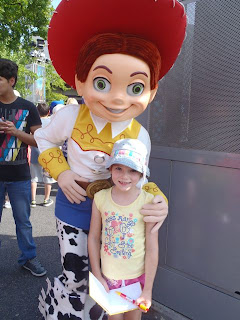 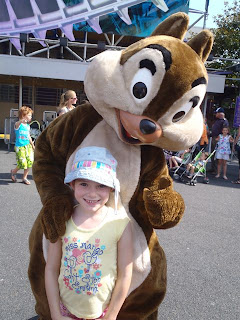 Just a nice photo of Emma while riding. 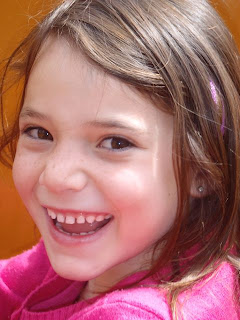 This ride is based in the Toy Story section of the park.  You sit under these parachutes and they lift you up and then drop you a little bit at a time.  It was a really fun ride. 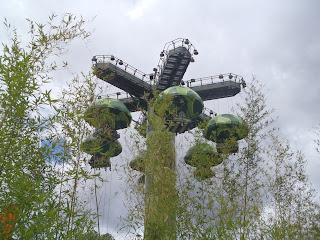 This was Emma as we went down. 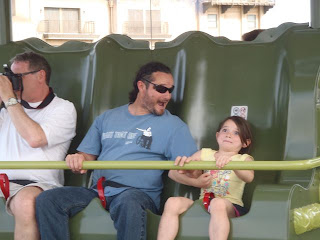 We had never had those huge pretzels before so we thought we needed to try one.  They were ok, no fabulous.  We actually had another one from Harrods in London and that one was delicious. 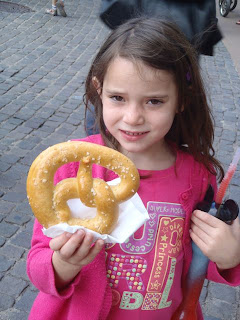 In the animation studio we all played a part in creating our own windmill animation. 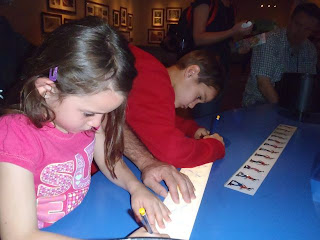 This ride was based on Cars.  The cars spin around and do like a number 8 pattern only just missing the other cars.  It was heaps of fun! 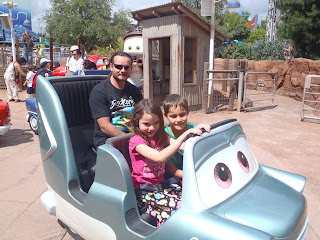 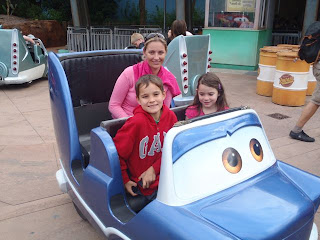 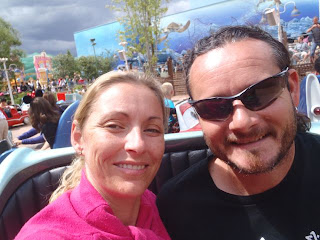 We had the best fairy floss this day, it was yummy and fresh and look how huge it was!  It so so yummy. 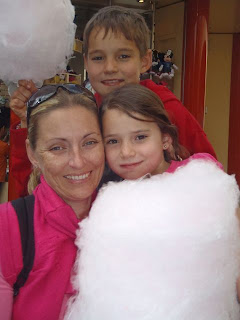 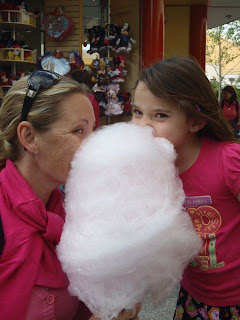 I'll be back with some random photos to share from this week of our holiday, just because I like them, later.